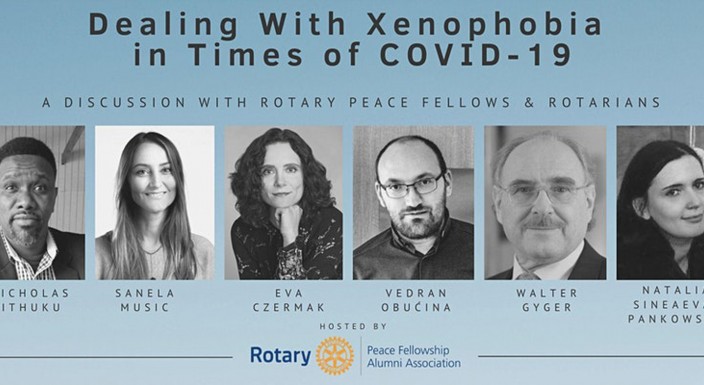 The coronavirus pandemic-related crisis has sparked a growth in xenophobia and racism in Europe and worldwide. The UN secretary-general, António Guterres appealed for an action ‘to end hate speech globally’, when the pandemic has intensified a ‘tsunami of hate and xenophobia, scapegoating and scare-mongering’ against those outside the mainstream society.

During recent weeks, human rights and antiracist organizations have documented numerous cases of aggressive behavior and hate speech towards Asian people in various European countries, Canada, and the USA. Similarly, people belonging to other minorities have been experiencing xenophobia. In the past weeks, the Roma, Europe’s largest ethnic minority, have been the victims of COVID-19 related online hate speech, and other forms of discrimination. Refugees, migrants and asylum seekers are being scapegoated as alleged potential carriers of the coronavirus and a health threat to European societies. The internet is overflowing with antisemitic conspiracy theories spread by far-right groups. Anti-Muslim actions have been intensified extensively in Asia and globally, and Africans have suddenly become a target for xenophobia in China. Even European nationals living peacefully together started to criticize each other again.

Apparently growing xenophobia, hate and scapegoating during times of hardship are among the post COVID-19 challenges which the whole humanity will face.

Eva Czermak, MD, Head of Ambulatorium Caritas Marienambulanz in Graz/Austria which provides free treatment to people without health insurance. She has worked with marginalized groups like homeless, drug addicts, poverty migrants, asylum seekers and refugees for 20 years and is a former Rotary Peace Fellow at Chulalongkorn University from Austria.

Dr Walter B. Gyger is a retired Swiss ambassador. He is now the principal Representative of Rotary International to the UN Office and other international organisations in Geneva, the president of the Swiss/Liechtenstein Rotarian Action Group for Peace and a board member of the Rotarian Action for Peace. He is the author of the concept and initiator of the Rotary Peace Project Incubator, the initiative which aims to bring together Rotary Peace Fellows, Rotarians and other international experts to elaborate and implement jointly community needed projects.

Dr Nicholas Githuku is an Assistant Professor of History, Philosophy and Anthropology at York University. His research interests include: War & Peace Studies; Conflict and Security and mediation; Human Rights; Memorialization of War; European History and post-1989 Eastern Europe; and World War I. He is the author of numerous books and publications on the subject of peace and violence, including ‘Mau Mau Crucible of War: Statehood, National Identity, and Politics of Postcolonial Kenya’. The regions of his interest cover East Africa, Sub-Saharan Africa& Central and Eastern Europe. He is a former Rotary Peace Fellow at Chulalongkorn University from Kenya.

Vedran Obućina is a political scientist and theologian, priest in the Orthodox Old-Catholic Church. He is currently PhD researcher at University of Regensburg, Germany, and political analyist for Polish National Bank and Al Jazeera network. His specialisation is in religion-based reconciliation, peacebuilding and conflict resolution, particularly in areas of Balkans and Middle East. He authored a book on political system of the Islamic Republic of Iran and is active in local (inter)religious peace initiatives and acts as trainer for communities who recognise the importance and need of religious organisations in local peacebuilding projects. He is a Rotary Peace Fellow at Chulalongkorn University from Croatia.

Natalia Sineaeva-Pankowska is a sociologist and member of the International Association of Genocide Scholars. Her PhD dissertation deals with Holocaust denial, memory and identity in Eastern Europe. Her experience includes work at the POLIN Museum in Warsaw as well as cooperation with the Toul Sleng Genocide Museum in Cambodia and other museums and sites of memory in Europe and Asia. She has also worked with organisations monitoring racism and xenophobia such as the 'NEVER AGAIN’ Association and the Kantor Center for Study of Contemporary European Jewry of Tel-Aviv University. She is a former Rotary Peace Fellow at Chulalongkorn University from Poland.

Sanela Music is a member of Rotary Club Geneva International and is actively involved in various peace projects. As a former refugee from Bosnia living now in Switzerland, she experienced during her childhood war and its trauma effects for many years. After her journey of healing, she was inspired to share her experience, contribute to peace building and positive change. For this purpose she founded SANCHILD, an organization that promotes harmonious growth and helps new generations move past the inherited conflicts and create positive impacts in their communities. After a first successful pilot initiative organized in Sarajevo, Rotary Sarajevo Club and Rotary Club Geneva International have chosen SANCHILD to implement a new project called Harmony that aims to support various ethnic groups from Bosnia to build peace from Inside Out.